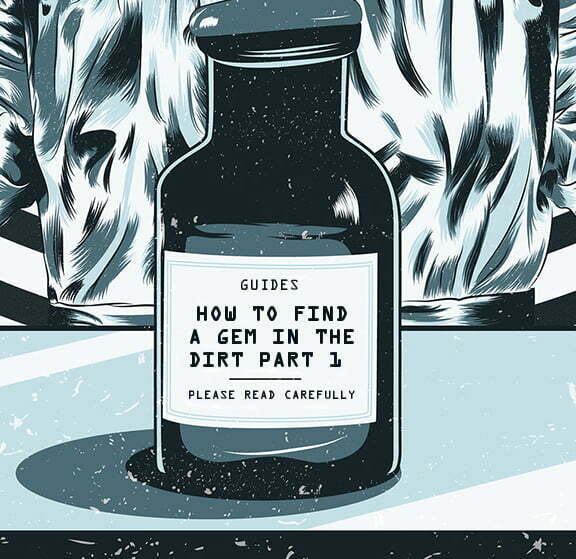 How To Find A Gem In The Dirt: Part 1

In the recent whirlwind of crypto-mania, it became difficult to find new untouched opportunities. While each day a new cryptocurrency is created without a real intrinsic value or purpose, the demand for finding the next gem in the dirt climbs higher and higher. All of us want to be ahead of the game and find the next best token that will solve an unforeseen problem or create amazing convenience (and at least 10x our investment of course).

To our demise, distinguishing such projects from the pointless or downright scammy coins became tougher and tougher as every team wants their project to look as flashy, sexy, and useful as possible to gain as much traction or investment as they can (and not always for the best intents and purposes). That’s why we’ve prepared a list of steps we believe are mandatory for someone that’s looking for that buried treasure chest in the everlasting sand dunes and doesn’t want to get slaughtered by the Tusken Raiders, praying on the careless adventurers.

Keep in mind this is a wholesome layout (a map if you wish), not an in-depth explanation of each step in the process with examples. To be confident before a big venture, make sure you understand all the gritty details of how to analyze a token (with the help of additional resources).

First of all, when you think you found something worthwhile, you should understand “why” it exists. Its purpose if you will. In the investing world, this is called “Fundamental Analysis” (FA), pioneered by the likes of Warren Buffet and Benjamin Graham, although it does differ in some aspects in the crypto world. Either way, your goal in this step is figuring out the intrinsic value of the security. FA can include anything that has the potential to affect the security’s value, from macroeconomic factor to the effectiveness of the company’s management.

Fundamental analysis when done properly takes days to finish, but you can do a quick FA in about half an hour which will identify the most obvious red flags or positive signs. Nevertheless, an in-depth FA is better if you have the patience and the time. When doing a quick FA in the cypto world, you should examine:

The market capitalization (MC) — the total dollar market value of the outstanding cryptocurrency. It is often divided into subcategories like Large Cap, Mid Cap, Small Cap and Micro Cap. As a general rule, Large Cap coins usually have a MC of at least $10BN, Mid Cap between $1BN-$10BN, Small Cap from $1BN to $100m and everything less usually falls into the Micro Cap category, but there’s no single agreed definition so it may vary. The bigger the market cap, the less risky and more stable the coin typically is (and more appropriate for day trading). On the flip side, the smaller the market cap, the more potential in terms of fast growth it holds (gem potential). While Micro Cap coins might hold the biggest upside potential, they also carry the highest downside risk and usually have low liquidity. Understanding in which category the coin is in will help you determine the risk/reward ratio and how easy or hard it will be to buy or sell it. As a rule of thumb, try catching projects below the 100 million market cap, if you really want to 10X your investment and don’t mind increased risk.

Here you can see examples of market cap from different projects:

The circulating supply — the number of the coins that is on the market. It’s also good to know what the maximum supply (the maximum amount of coins that will ever exist) is and if it even has a maximum supply or is it unlimited. The laws of supply and demand always affect the price and it comes handy to know how much of increased demand it will take to drive the price higher.

24-hour volume — this displays how liquid a coin is, how much of it is traded on a regular basis. The higher the liquidity, the easier it is to fill orders (to sell or to buy). You can do a quick calculation to figure out the volume/MC ratio: divide the 24-hour volume with the market cap and multiply it by a 100. (24-hr volume/MC)*100. Ideally, the ratio would be at 10% MC per day or more but it does vary a lot, depending on the day.

Explorers — blockchain explorers are like the Google of cryptocurrency. They allow us to access transaction details related to a specific wallet address, including the amount transacted, the sender and receiver, and the status of the transaction. In the scope of the fundamental analysis, the explorers will tell you on which blockchain they are issued. While anyone can create an ERC-20 token in minutes, creating a mainnet is difficult, expensive and time intensive. While not having a mainnet isn’t a bad sign (more than 90% of the coins on the market don’t have one), it’s always a good sign if a project you’re interested in has taken the time to create it.

The Whitepaper — a popular and well written document which explains a problem and presents the solution. The majority of cryptocurrencies have a whitepaper, if your coin is missing it it’s probably a bad sign. As a part of the fundamental analysis you should read it thoroughly as understanding all the claims made in it is key to fully understanding the project. It may display red flags such as bad tokenomics, poorly defined roadmap and unrealistic development claims.

A good whitepaper will be well written, easily understandable and will not have any plagiarism. You can check this by simply copying a few random lines from the whitepaper to Google and see if it has any exact matches that do not reference the whitepaper itself. If they exist, it’s probably a very bad sign as they show a lack of effort and understanding by the development team. After examining all the claims in the whitepaper, it’s a good idea to verify them if possible (especially a “lock up” period) by reaching out to the developers or reading through their telegram groups.

Tokenomics — In traditional finance, investors seeking to buy a company’s stock can analyze their financial statements and gather a lot of useful information like their balance sheet, income statements, shareholder equity and cash flow statements which show how the company balances the interest of all stakeholders. In the crypto market, we don’t have any of that. Instead, we can take a look at their tokenomics, the way the coin was designed to operate, which includes token creation, distribution management or removal from the network.

A token is a programmable unit that runs on a specific blockchain protocol (like the ERC20) and is a piece of the ecosystem. This makes them different from traditional shares, which are a claim on the underlying company itself. The distribution of the token is extremely important if you’re thinking about buying them. Most of the information you’ll need to check can be usually found in the whitepaper or on the webpage if the official whitepaper is yet to be released. In the tokenomics section, you should check multiple aspects:

Answering these questions will help you understand if the project has any proven traction in the real world. While you cannot predict the success of the crypto projects, poorly thought out, unclear or scammy tokenomics set a project on a bad start which dooms many of them.

The website — it’s always a good idea to take a look at the projects website. While having a well-designed and good looking website isn’t a requirement for a successful project, displaying a horrible website is frequently a bad sign. The website should simply and clearly present what the project is trying to achieve.

Markets — examine on what markets the coin can be bought and sold to understand its accessibility. Then you should also check if the trust/confidence score of the coin on the exchange is solid, meaning it isn’t projecting an unrealistic trading volume (also known as “wash trading”) which is a bad sign. Another thing you can watch out for is the spread (the difference between bids and asks) — the smaller the better. A large spread will mean you’ll have to pay more than the displayed price to outright buy the desired coin. You can avoid this buy setting up an ask offer but it might never get filled.

The team — preferably, the team of a project should be public. If it’s anonymous, the creators could do something scammy (like driving the price high, dumping it and disappearing) and get away with it without tarnishing their reputation. The basic info about the coin’s team is usually available on their official website. Sometimes they even have public profiles on Twitter, LinkedIn, Telegram or can be reached via discord. Besides the official team, you should check if they have any strategic partners and who their investors are. The more credible strategic partners and investors, the better, but do verify if their claims are true.

Before continuing onto the next steps, figure out if there’s any direct competition already on the market. If it is, take the time to understand how your project differentiates itself from the rest, what advantages it has and what potential disadvantages might stop it from reaching mass adoption. It’s not to say it won’t overcome them, but keep in mind that the first mover advantage is a real thing. Already established coins usually have a lot of support and assets they can utilize for making their competitive advantage even bigger.

After a thorough analysis of the project’s fundamentals, you should have at least a general idea of what the project is trying to achieve, why it exist, if it has intrinsic value, how it’s “financials” stand and how good of a team is behind it. If you’re serious about doing research before investing into a coin, this step should not be taken lightly as bad fundamentals might signal an inevitable doom of a project. Sure you might make some profit short-term, if you time the market correctly, but in the long run you should not realistically expect great results. By reviewing the fundamentals you should also be able to weed out any potential scams, pyramid schemes and bad project ideas/executions.

This will be all for the first part, in the next article you can expect 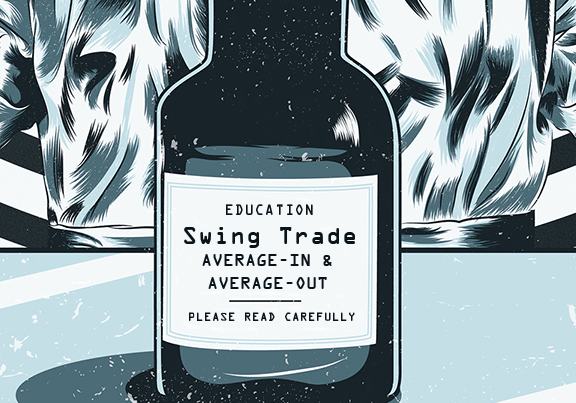 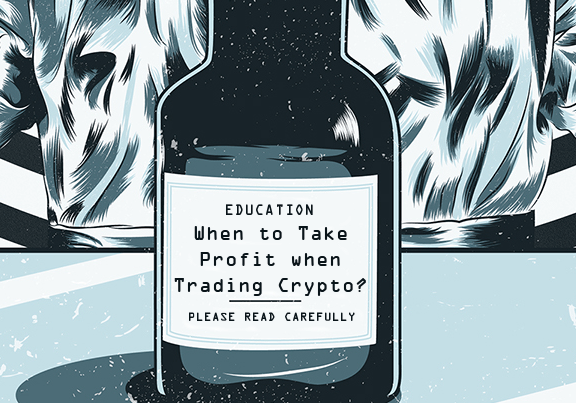